The old saw goes that, with notable exceptions, sequels never live up to their predecessors. This is a particular issue when it comes to trilogies, as the middle installment often suffers from what some writers and critics call the “second book problem.” What is this, exactly? I think it breaks down into two separate issues.

The first issue is peculiar to speculative fiction, although I could see it coming up in other areas. That is the simple fact that the first volume of a sci-fi or fantasy trilogy is going to have to do some heavy lifting on world building – Is the story set in our world or a completely different one? Are we playing by the physical rules we know (with certain extrapolations) or is scientific accuracy out the window? Are the characters human or not? All of that can (probably should) produce a sense of wonder and awe in the reader as the world unfolds. The initial introduction to Westeros or the Culture or post-apocalyptic Canada should leave the reader a little bit shocked.

That’s gone by the time the second book rolls around. Certainly, a writer should deepen and make more interesting the world in which their story is being told in a second volume, but it’s difficult to capture the initial “wow” factor a second time around. Kings that once ruled the world on the backs of flying, fire-breathing dragons? Awesome shit! The genealogy of those kings, as important as that may be? Not so much.

The second issue is that, just like the middle point of any story, the second part of a trilogy can have a plot that seems to drag a bit. The initial flush of excites as the plot unwinds in the first volume is gone, but the satisfying conclusion of the entire tale in the final volume is still a ways off. At best there’s a lot of clever table setting and some interesting side plots; at worst, there’s a lot of wheel spinning.

“Wait a sec,” you might be thinking, “didn’t you write a trilogy? Aren’t you writing another one? Do you think you’ve solved the second book problem, smart guy?”

Probably not, but that’s ultimately a question for readers to answer. I tried to make The Endless Hills work as a middle volume by broadening the number of characters to provide a wider view of the conflict that flamed to life in The Water Road. I hope that helped with the second issue, but I’m not so certain about the first.

What seems true, however, is that even really excellent writers still fall victim to the second book problem. The hottest writer in fantasy right now is N.K. Jemisin, whose brilliant The Fifth Season I noted a couple of months back. The third book of that trilogy, The Stone Sky (which I’m now deep in the middle of), just won a Hugo, making Jemisin the first writer to win the award three years (and three books) in a row. Still and all, The Obelisk Gate, the second book in the trilogy, can’t help but sag a bit. The world, which gets a lot of depth and shading, isn’t “holy shit!” anymore and one character’s story falls into the “table setting” genre pretty well. It’s still amazingly good (did I mention three Hugos in a row?), but it shows that even someone as talented as Jemisin isn’t immune from second book syndrome. 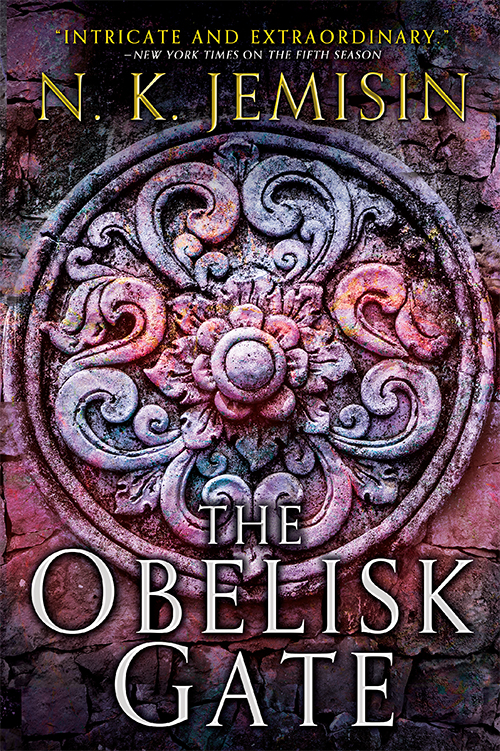 So what makes the exceptions to the rule stand out? Maybe it’s because the next installment was a step down or maybe there’s enough new and different in the second installment to keep the freshness alive. Or, maybe, when a trilogy or series is all said and done we tend to brush over the criticisms of the middle parts the way we kind of brush over the middle parts themselves. It may be inherent to the trilogy format itself. I’m not sure, which is kind of a problem for a writer. Like most things, keeping the issue in mind and trying to deal with it is probably the best course, and keeping in mind that it bedevils just about everyone.

One thought on “The Second Book Problem”