As a writer, the idea of people starting to read a book but not finishing it intuitively honks me off. After all, the author went through the trouble to create an entire package that, at least on some level, appealed to you – give them a chance to redeem whatever fault you’ve found in the end! But if I’m honest, as a reader, I’d push back against that – hard.

I wouldn’t be alone. A few years ago eBook platform Kobo (on which all my books are available, by the way), released some data that compared their best seller list with the list of books that readers most often finished. Not surprisingly, some of the best sellers were also some of the least finished. I love the cynical take on this from The Guardian, with respect to Donna Tart’s The Goldfinch (2014’s Pulitzer Prize winner: 37th best selling, only finished by 44% of readers):

Most-unfinished book of the year isn’t a title anyone would hope to win. But her core fans probably read the book to the end, as did a whole raft of new readers, which propelled her up the bestseller charts. And those readers who didn’t finish it still paid for it, so Donna Tartt can mop up those tears with crisp tenners, which will surely ease the pain.

Still, it’s a bit disheartening to know that so many people couldn’t even finish what you’ve written.

Alas, I occasionally find myself in that category as a reader. Even though I see every book I read (or listen to) as a learning experience when it comes to writing, sometimes I still can’t stick it out to the end (witness my “unfinished” shelf at Goodreads, to which I just had to add Jim Butcher’s The Aeronaut’s Windlass, alas). Thus I’m on board with this piece over at Electric Literature that, without shame, promotes non finishing books:

There are many factors that go into whether or when a reader finishes a book. I imagine many people’s reading habits are, like mine, scattered. I have at least a dozen in-progress books on my nightstand — and several more on my phone and e-reader. Readers stop reading a book they enjoy when they put it down and forget to come back. Readers finish books they hate when they are assigned it for book clubs or else they want to hate-read and laugh about with their friends. (Certainly a large percentage of Fifty Shades readers fall into that second category.) Just as a half-read book isn’t necessarily a failure, a completed book is not necessarily a success.

This makes a lot of sense. I said before, in other contexts, that reaction to art is inherently personal. What rocks one person to the core of the their soul will make another yawn. That’s neither right nor wrong, it’s just the way things work. So there’s really no reason to expect everybody to love a book so much that everyone who starts it finishes it. As the saying (attributed to James Joyce) goes: 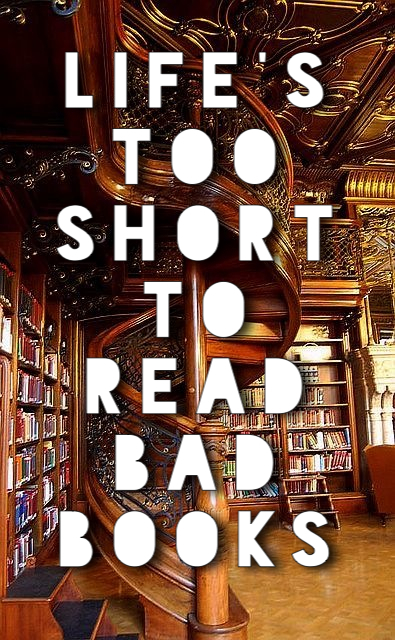 Ultimately, the job of keeping a reader engaged with a book is the author’s. It’s a responsibility we should take seriously. But we shouldn’t forget that readers come to our works in all kinds of ways and for all sorts of reasons. No book is going to connect with all of them, just like some books you’ve read didn’t connect with you. We have to accept that sometimes saying “this isn’t for me” and moving on is best for everybody involved.

Remember the lesson of the WOPR: 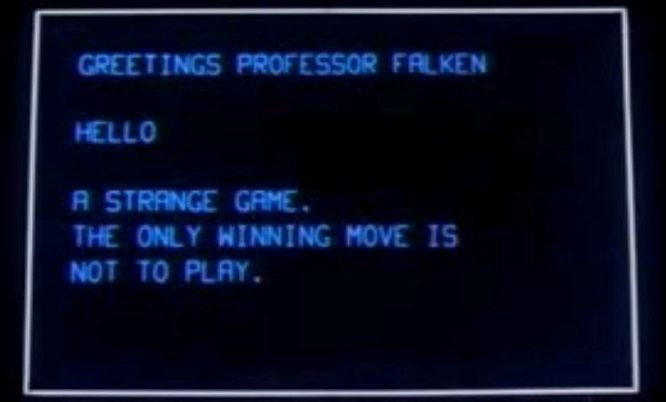 It applies to books, too.