Joining me this month is another local author, Carter Taylor Seaton. Carter has written a little bit of everything, with her latest release being a biography of a recently departed West Virginia political stalwart.

Hey there, I’m Carter Taylor Seaton, a gal born and bred in Huntington, West Virginia, as we like to say. After raising a family, I spent about ten years in Georgia before returning to Huntington be sure my grandchildren knew their Nana. I’ve written novels, essays, magazine articles, a non-fiction book, and a biography.

As a Huntington native who left the area then came back, how does that experience effect your writing (fiction, in particular)?

My ten years in Georgia specifically informed my second novel, amo, amas, amat…an unconventional love story. While I lived there many of my close friends were gay, but when I came back to West Virginia I was shocked to learn that folks here, in the main, still were quite homophobic. In general, I think most novelists will admit that their lives always creep into their work, whether or not it’s intentional. I certainly see that in my writing. 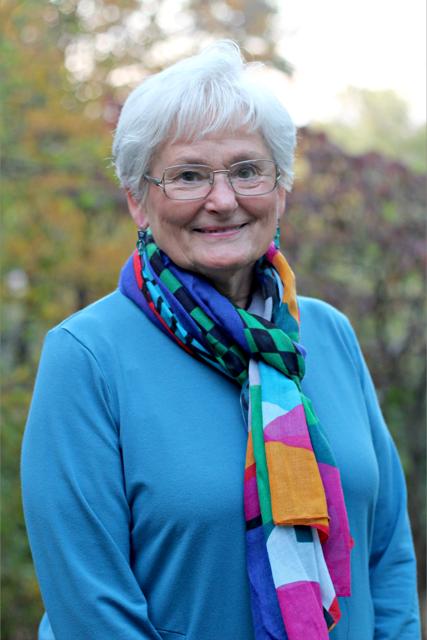 My latest project is a biography of the late long-term congressman, educator, presidential advisor, and WV secretary of state, Ken Hechler. West Virginia University Press is releasing The Rebel in the Red Jeep in May.

Hechler’s been a presence in West Virginia for as long as I can remember – what’s something you learned about his life that you didn’t know before he asked you to write his biography?

Actually, I knew very little about him other than the fact that he’d held public office for so many years, so almost everything I learned through my research and during our time together was new to me. Yet, for someone whose life revolved around serious issues, I was surprised to learn he loved to sing. Although he didn’t have a very good voice, that fact didn’t stop him.

I prefer fiction, but the non-fiction book, Hippie Homesteaders, was a project dear to my heart because I knew most of those transplanted artisans and musicians and realized no one had ever told their compelling stories. Ken Hechler actually approached me to write his biography. How could I say no to a living legend?

Why do you prefer fiction and are you hungering to get back to it after a couple of non-fiction books?

In a sense fiction is easier, which makes it more fun. Of course if you’d asked me that before I spent four years researching the biography on Hechler, I might have answered differently. I do enjoy the research non-fiction requires, but the footnoting and indexing are tedious to say the least. With fiction, there’s also research, but there’s no need to document it.

My physical process depends on what I’m writing. If it’s fiction, it first involves a legal pad and a #2 pencil, then I enter it in the computer for edits and tweaks. If it is non-fiction, I start on the computer because all my research is there.

As a former English major, I’m also an outliner. Not one that’s set in stone, but regardless of the genre, I have to know where it is going. So I’m a ‘plotter,’ not a ‘pantser’ (one who writes by the seat of their pants.) The result of too many term papers, I expect.

I think I’m a bit compulsive about having one chapter as tight as possible before moving on. That means I don’t write an entire draft before I revise. I revise as I go. Works for me, but might not for others.

I proof by reading from the back to the front so I don’t get caught up in the story or the sentence structure. Here I’m looking for typos and omissions, not revision opportunities.

I very much liked Cassie, the next-door neighbor of the protagonist in amo, amas, amat…an unconventional love story. It’s set in the 80s just as the AIDS crisis is beginning. She’s a lesbian yet, unlike most homosexuals at that time, she never bothers to hide it. She becomes the catalyst for the protagonist’s moral awakening. I’m currently in love with AJ, the headstrong, potty-mouthed gal in the novel in progress.

I’m not suggesting writers avoid it, but deciding to self-publish requires a level of marketing that is hard for someone who doesn’t know how to do it well. It takes a tremendous amount of time that could otherwise be devoted to more writing. I did it once, but as a career marketing professional in my former life, I was comfortable with taking on the marketing tasks.

How does the “after publication” period – marketing  and such – differ between self-publishing and trade publishing?

It differs greatly. When you self-publish, there’s no one else to support the marketing efforts. Publishers do a great behind-the-scenes job of getting your book into the hands of distributors and stores, in front of reviewers, and entered into contests. Some of that, particularly the need for reviews and contest entries is much more difficult for the author than it is for the publisher. That being said, you still have to put yourself out there doing lectures, book signings, or appearances regardless of how the book is published. Publishers may book some of those gigs for you, but in reality you still must do lots of that yourself. And be willing to go where your publisher sends you.

It wouldn’t change it much. I might buy a new laptop so I can work in places other than my “chick cave.”

1Q84 by Haruki Murakami. I love the way he tells the story from two POVs and how they finally intersect.

What do you think you’re next project will be?

Tell us a little about your multi-generational novel (if you don’t mind).

Actually, a house that has been in a family for nine generations is as much the protagonist as the young woman who learns she’s inherited it. She has the option of accepting the estate or not, but the stories within the story are told her to woo her into leaving her much loved but hard scrabble life in West Virginia to assume the role of mistress of this Virginia manor. Will she or won’t she?