Last year Apex magazine announced that they were reviving their flash fiction contest. Each contest is set up around a particular holiday and for this one the holiday was Valentine’s Day. Each person could enter up to three stories, each no more than 250 words each. Since I’m not one of the winners (congrats to those who did – you can read their stories in February issue of Apex), I thought I’d share my stories here.

Since I had three stories to play with, I decided to use them to deal with the beginning, middle, and end of a relationship. It’s not the same relationship, mind up – these stories are all set in different universes and involve different characters. I think they get at some universal ideas, however, so maybe they have more in common than I originally intended.

Anyway, enough of my yakkin’ – enjoy! 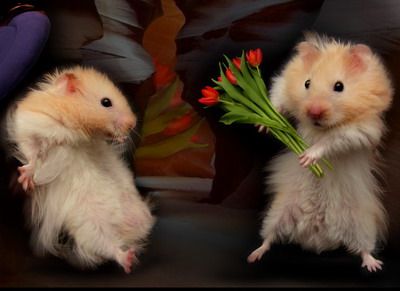 “Is this necessary?” Elvin said.

“He could give in,” said Ilori, one eyebrow raised.

“She could,” Danforth said. Even sixty feet away he could seeIlori was striking. Twilight deepened her mocha skin and added definition to streaks of silver in her short black hair.

“Over this?” Elvin held up the Tyrolian orb.

Danforth nodded. But it was about so much more.

“Very well.” Elvin put the orb down. “Whoever brings it to hand wins.”

Danforth said the incantation quietly – crisp and sharp, honed from years of formal training. The orb began to roll toward him. He was a pillar of stone.

Ilori was anything but. Her home-taught hedge magic, learned from mother and grandmother, was loud, with complex hand movements. It was like she was possessed. The orb reversed course.

Danforth started another incantation, tapping into deeper, darker magic, but quickly stopped. Losing might be winning this time. There would be another Tyrolian orb, someday, but there was only one Ilori. He let go.

The orb sped up, flying to Ilori. She caught it in one hand like the laziest fly ball then cried out in victory.

“She’s the winner,” Elvin said, walking over to him.

“I know.” Danforth was unable to contain a silly grin

Ilori skipped over with a wide smile. “Told you.”

“Hope you brought your wallet,” she said, bounding off. “I’m not a cheap date!”

Danforth turned to Elvin. “Loser buys dinner.” He winked and walked after her.

The Thrill Is Gone

The apothecary shook his head. “Does your wife not already love you and you her?”

Eric the Simple sighed and leaned against the counter. “Love, yes. Alas, passion is something altogether different. Have you nothing that might help?”

The apothecary looked under the counter. “Perhaps, if you’re certain there is no other option.”

“I’ve tried everything,” Eric said in exasperation. “The woman’s desires are a mystery.”

“Aren’t they all.” The apothecary took out a piece of parchment, grabbed his quill, and began scratching something out. Finished, he carefully slid the paper across the counter.

Eric mouthed the words as he slowly scanned the page. “Spine of newt? Spleen of badger?” He looked up. “And this looks like Latin. A spell?”

“A love spell?” Eric waggled his eyebrows and grinned.

The apothecary shook his head. “Summoning spell, to bring forth a stink demon.”

“A what?” Eric threw the parchment down.

“It’s a minor inconvenience – smelly, ugly, and sinister looking, but actually harmless. Your wife will take a fright, you shall vanquish the foul beast, and she shall be in your arms.”

Eric stepped closer to the counter. “This is the best you can do?”

The apothecary closed his eyes and rubbed the side of his nose. “There is one other option.”

“You could sit down with your wife and talk about this, find out how she feels.”

Eric paused for just a moment. “Stink demon it is then.”

The apothecary nodded. “I’ll get the badger spleen.”

The chalice shook in Sir Kavus’s hand as he slipped into her apartment. After months of sneaking around his nerves were still on edge.

What he shared with Lady Edana had been wild, hot, and passionate in ways he hadn’t thought possible. But it wasn’t true love, of the kindhe shared with Wyon, who tended his wounds and gave him sons and daughters.Wyon was home.

After one last night of pleasure,Edana would drink the potion mixed with the wine and all would be well. She wouldn’t even remember Kavus’s name.

He set the chalice on the table as Edana stepped from her bedchamber, naked body aglow in the candlelight. “My knight.”

“My queen.” He took her in his arms. They fell into bed for the last time.

Later he rolled over, throat dry, alone in bed. Edana was in the doorway, diaphanous gown clinging to her curves. “Thirsty?” She was carrying two chalices.

Kavus nodded and took the one she offered, gulping down the sweet wine. It seemed to go to his head, sending him to a deep sleep.

He awoke in a strange bed, although he couldn’t say it was not his. There was a woman standing next to it wearing only a smile.

“My name’s Edana,” she said, crawling in beside him.

The name wasn’t familiar, but he wasn’t about to object to her warmth next to him. There was no other place for him to be in the whole world, he was certain.