I should not like Raylan Givens. He is precisely the kind of rogue cop trope that drives me so completely nuts, not only as a viewer or reader but as a criminal defense attorney. You know the type – he can’t play by the rules because he’s just so righteous for tracking down bad guys. In spite of repeated violations of the law in ways that should end his career (or at least torpedo many cases he’s worked on), everybody kind of shrugs and winks because, hey, in the end he got the bad guy.

Nonetheless, I like Raylan. And, therefore, I liked Justified, the FX series based on the stories of Elmore Leonard, who created Raylan. That DNA is a lot of the reason Raylan works. He’s interesting enough as a character, a man sort of out of time with the modern world, that his inability to follow the rules kind of makes sense. Plus, when you put dialogue of the quality that populated Justified for so many years in his mouth it absolves a number of sins.

Which is not to say that Justified was ever a one-man outfit. It never could have succeeded if the other characters weren’t as well drawn and executed as Raylan. That goes not only for the major recurring characters, such as the outlaw yin to Raylan’s yang, Boyd Crowder, a racist drug runner with occasional bouts of preaching and speechifying, but with all the supporting characters. Bad guys, too. Justified had the best, most interesting and complex bad guys this side of The Wire.

Another thing Justified had going for it, which it also shared with The Wire (and all of David Simon’s Baltimore stuff, really) is a setting that you don’t see anywhere else on TV. Harlan County was already etched onto the national consciousness as a hardscrabble coal mining region (thanks largely to this award-winning documentary) before Justified came along. But the show made the most of that setting (even though it was shot in California) and what it meant for the people who lived there. Maybe I just liked seeing it because it could have very easily been set across the border in West Virginia, with Raylan working out of my courthouse in Charleston.

Justified never quite got its due while it was on the air. Most critics loved it, but it was never quite able to break through to that top tier of awards. Part of that’s timing. This is a golden age of TV, after all, and it’s hardly Justified’s fault if it was lost in the shuffle to the likes of Breaking Bad, Mad Men, the HBO stuff, and it’s own stable mate The Americans.

Justified was not groundbreaking and maybe not all that deep, but it was damned entertaining. It seemed to take pride in being smartly entertaining, too. I think Elmore would be proud. 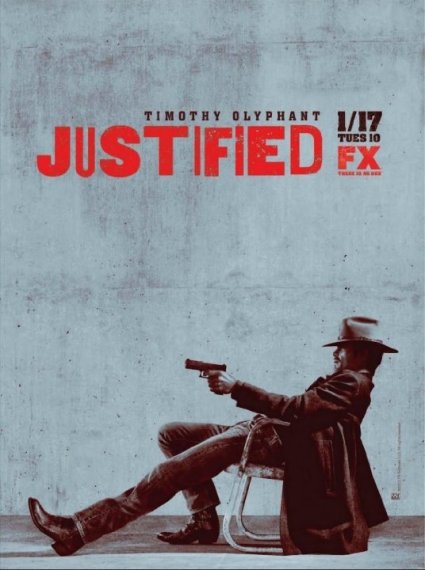 One thought on “Weekly Watch: Justified”