There has always been controversial art. The reasons change – whether it’s the frank depiction of sex, or violence, or challenges to religious or political orthodoxy – but the fact that words or images piss people off is as old as time. We tend to think there’s more of it going around these days because social media tends to amplify controversies when they emerge. Just because the cacophony is louder doesn’t mean it’s any kind of major change in society.

This was driven home to me by a recent article in The Atlantic. Though the current title is “The First Novelist Accused of Cultural Appropriation,” the title that shows on the browser tab, which more accurately captures the theme of the piece, is “Could My Father Have Published ‘Nat Turner’ Today?” Bucking the usual rule of headline questions, the answer, from the story itself, appears to be yes.

Some background first. The literary controversy of the year so far has been American Dirt, a novel by Jeanine Cummins. With a major push from its publisher, and a spot on Oprah’s list, it was poised to be the breakout title of the year. 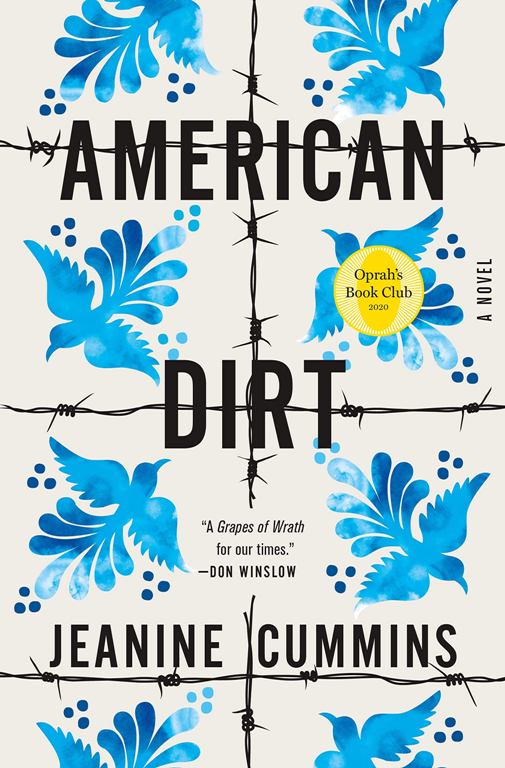 It’s about a woman and her son fleeing Mexico after a drug kingpin murders the rest of their family and, ultimately, their experiences as migrants heading to the United States. This article does a good job of highlight the resulting controversy, which ranged from questions of cultural appropriation (Cummins is neither Latina nor a migrant) to how writers of color are locked out of the publishing industry to the fact that, maybe, the book just isn’t that good at what it wants to be (this is an interesting takedown along those lines ).

The merits of the arguments about the book aren’t really important. What you need to know is that some people took issue with what was set to be a wildly popular book (there was a film deal before it was even published) and weren’t silent about it. Thanks to social media, blogs and what not their complaints reached a fairly wide audience.

Back to the Atlantic piece. The subject is The Confessions of Nat Turner and the “My Father” in the title is William Styron – the author of the article is his daughter, Alexandra. The Confessions of Nat Turner came out in 1967. Turner, of course, was the leader of a slave revolt in antebellum Virginia. The book is a fictional narrative of Turner as told to a prosecutor who will try Turner after the revolt. It won the Pulitzer Prize, so it must be pretty good. 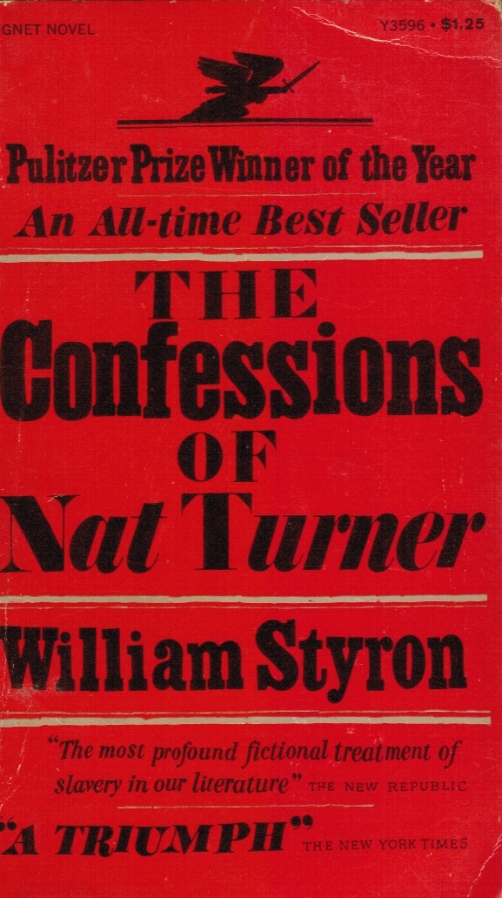 Nonetheless, it led to some controversy, driven largely by the fact that Styron wasn’t black, much less a slave. How could he write a narrative from the standpoint of one? If it’s a familiar objection, it’s worth looking at how familiar the arc of reaction to the book is to what happened with American Dirt.

First, there was a swell of praise from traditional sources:

Through much of 1967, he was at ease, enjoying the swell of prepublication buzz for Nat Turner. The Book-of-the-Month Club (the Oprah’s Book Club of its time) paid my father the highest price for a novel in the company’s history. The paperback, serial, and foreign rights sold in a frenzy. Hollywood came calling. That July, when riots erupted in Newark, New Jersey, and in Detroit, newspapers asked him to help white America understand what was happening. By October, when the first reviews appeared, Nat Turner was a juggernaut. ‘Magnificent,’ The New York Times declared. “A new peak in the literature of the South,’ Time wrote. ‘It will endure as one of the great novels by an American author in this century,’ the Los Angeles Times predicted. In November, my father was awarded an honorary degree by Wilberforce University, a historically black institution in Ohio.

At this point, as Styron’s daughter points out, with one exception “no black writers were invited to critique Nat Turner in any major national publication.” Slowly, however, those overlooked voices started rising:

The first signs of black dissent appeared by the new year. Articles in, among other publications, The New Leader, The Negro Digest, and Freedomways condemned the novel and the white media that endorsed it. Around the same time, an ugly spat erupted in The Nation between my father and the Marxist scholar of African-American history, Herbert Aptheker. (They both behaved like self-important assholes.) In February, The New York Times ran the first of several pieces exposing an angrier vein: ‘Styron’s Nat Turner, the house nigger,’ declared the professor Michael Thelwell, ‘is the spiritual ancestor of the contemporary middle-class Negro … [the] type with whom whites including Mr. Styron feel most comfortable.’ The writer William Strickland groused that the novel was ‘the worst thing that’s happened to Nat Turner since he was hanged.’ My father’s critics took issue with the book’s dialect and character development, with what he put in (a master who teaches Nat to read, motive for the rebellion separate from bondage) and what he left out (a black wife, unyielding conviction). But probably his greatest crime, as my father reflected 25 years later in an essay for American Heritage, was ‘apparent from the book’s first sentence: How dare a white man write so intimately of the black experience, even presuming to become Nat Turner by speaking in the first person?’ In June 1968, the backlash reached its zenith when Beacon Press published William Styron’s Nat Turner: Ten Black Writers Respond. The book generated its own front-page notices, and kept the Nat Turner dispute alive well into the summer.

The backlash led to the film (to star James Earl Jones) to be shelved.
None of this is to say that the detractors of American Dirt or Nat Turner had the right of it. Maybe they do, but I’ve never read either book, so I don’t know. My point is that the experience of Nat Turner that Styron’s daughter lays out sounds almost exactly like what happened with American Dirt. Maybe the controversy didn’t burn so brightly, since it didn’t have social media to fan the flames, but it still burned pretty good.

Which is only to observe, as the song says, the more things change, the more they stay the same. Anyone who writes a book (or makes a movie or paints a picture) risks blowback, whether the blowback is warranted or not. The arts are simultaneously vague and subject to so many interpretations, yet stir such deep passions. It will be a change when new books are written that don’t provoke any negative reaction. Human nature being what it is, I don’t see that happening any time soon.