Recently someone on a sci-fi/fantasy writers’ group I’m in asked the following question:

It’s an interesting question, but one I didn’t feel comfortable answering right away since neither one of those choices really seemed right.

“Allies” is pretty heavy in terms of commitment. Maybe that’s because my first thought when talking about allies is in a military sense. NATO members are allies not necessarily because they like or agree with each other, but because there’s a deep obligation to defend each other if another is attacked. That’s hard core and I’m not sure I’m down to shed blood (metaphorical, even) for other authors I barely know. In addition, allies have overarching interests that allow them to overlook other, even fundamental, disagreements. Think of the US and UK allying with the Soviet Union during World War II. Again, I’m not sure I want to think of my relationship to other authors that way.

But “Competitors” doesn’t really work either, at least most of the time. I’m a firm believer in authors supporting other authors and when someone I know in real life has success – a new book gets a great launch, superb reviews – or someone in an online forum shares that kind of success I join in on the celebration. Their success has little to say about my own sales, reviews, or lacks thereof. It’s not a matter of fighting over the same readership pie. Now there are times when I am in direct competition with  other writers – competitions, anthologies with limited spaces, etc. – but you know that going in and can prepare for it.

Thinking about these two concepts led me to another term that I think fits my perspective the best – colleagues. I settled on that after sitting in a courtroom watching a hearing where a pair of defense attorneys worked at cross purposes.

I’m an Assistant Federal Public Defender, one of about a half dozen in our office. Outside of our office there are a couple of dozen private lawyers on what’s called the CJA Panel who also take appointed cases – ones our office can’t due to conflicts of interest or just lack of resources. For the most part we’re on the same side as the panel attorneys – we share legal theories, help work through issues, that kind of thing. But sometimes, we’re not on the same side – we’re in what you might call competition.

In this particular case one of my AFPD colleagues was representing someone charged with violating his supervised release (sort of like probation after you get out of prison). The particular issue came down to whether the court believed our client’s story about how he came to possess some drugs. This story could be backed up by his girlfriend, but only if she admitted to conduct which might put her in legal jeopardy. So, the court appointed a CJA Panel member to represent her interests in the hearing. It would have been better for our client had she testified, but her interests aren’t the same as ours and, on her lawyer’s advice, she invoked the Fifth Amendment.

Everything worked out in the end and we were back on the same “team” as that panel attorney the next day. But for that brief time, we were competitors.

So I think that’s the word I think best describes my relationship with fellow writers – colleague. It recognizes that sometimes you are in competition, but it’s not very often, while taking into account that we share a lot of interests in common without going so far as to bring into being an iron-clad allyship. In general, I’m happy when my colleagues do well and want to help them do it, but there may be exceptions.

After all, just because you write books and I write books doesn’t mean I’m going to help you move or anything. 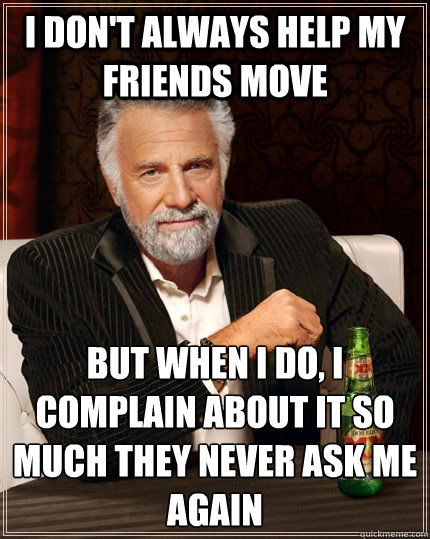