I have a file on my computer that’s full of “what if?” ideas that occur to me from time to time. Most of them will never find their way into an actual story – there’s a fair gulf between “cool idea” and “cool story.” In light of that, it can be cool to see one of those ideas show up on the big screen completely independent of your having it.

The Australian film OtherLife is based on a nifty “what if” question – what if, via a process involving programmable biotech (don’t call it drugs) dropped into a person’s eye, that person could experience rich and full “memories” of experiences in the blink of an eye? Think of the ability to cram an entire vacation into a few seconds! Actually, that sounds kind of shitty and easily manipulated, but it’s still a cool idea. 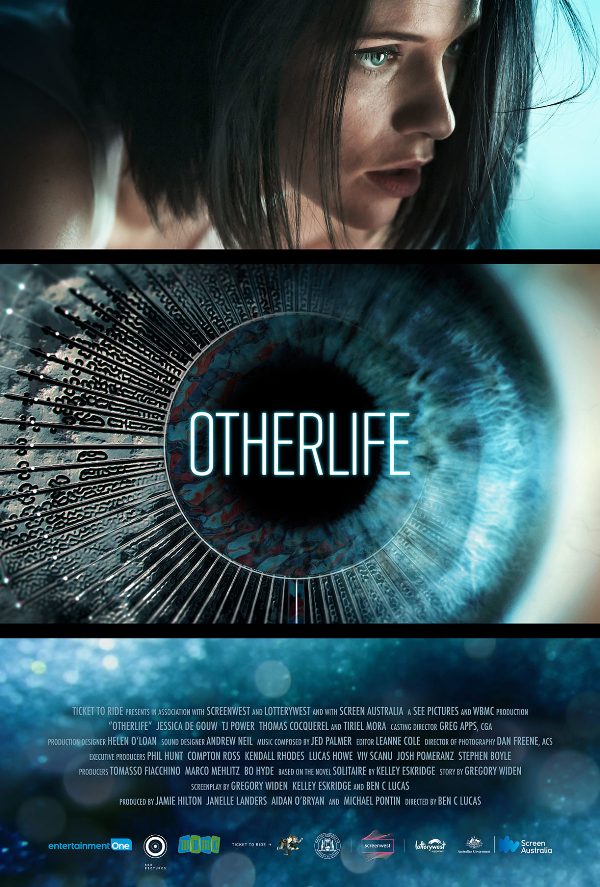 In the film the tech’s creator, Ren, is having problems with the system as it gets ready to go public. To help the company with funding, her partner wants to explore a Government-proposed use of the tech – to make criminals experience a long time of confinement without actually having to incarcerate them. Ren is furious (since her motives are purely altruistic and personal) and balks at the idea, of course. Things spiral out from there to a not all that interesting conclusion.

Mostly because that idea – of incarceration by memory – is a really interesting one. You may have guessed by now that’s the one that I wrote down in my “what if?” file years ago. But the film isn’t really interested in exploring the ideas behind that setup, instead using it to jump start the plot and put Ren through a very weird experience. It’s interesting enough to watch, but doesn’t really stick with you for very long, putting thrills and twists ahead of deep thought and head scratching.

Newbie writers sometimes worry about either not having an “original” idea or that if they discuss their own idea in public it will get “stolen.” Fact is, neither of those things is a problem. Ideas are only the beginning. It’s what you do with them that matters, how the characters you create are affected by them. OtherLife takes the “memories of punishment” idea and does one thing with it. If I ever get back to it I’ll do something very different. The world’s big enough for both (and more!) and all the richer for it, too.

Which is funny, because watching Otherlife gave me another neat idea! It has to do with people disappearing and then reappearing and what that does to them and those around them. It’s now sitting in my “what if?” file, quietly tucked away. Maybe one day it’ll become something worth developing.