December marks an end to the American soccer season – Major League Soccer wraps up with the MLS Cup Final and college soccer does the same with the College Cup. It wasn’t all that pretty this year, as Mike Woitalla notes:

What a weekend for American soccer! The Seattle Sounders won MLS Cup without a shot on goal. Stanford prevailed in the college final four without scoring a goal.

If you watched both MLS Cup on Saturday and the NCAA College Cup on Sunday, you sat through nearly four hours of scoreless soccer. (Before defeating Wake Forest with a penalty-kick tiebreaker, Stanford beat North Carolina on Friday in the same manner after 110 minutes of scoreless play.)

As Woitalla points out, this is not just a case of American exceptionalism. Last summer’s Copa America Centenario final didn’t produce a goal in 120 minutes and the 2016 European Championship final produced just one in the same amount of time. Low scoring in finals is, sadly, a fairly common occurrence.* The question is why?

For Woitalla the culprit is poor officiating. Specifically, the referee is so scared of being blamed for deciding the game because of a big call that he refrains from making lots of calls that should actually be made. As a result, defenders are free to foul attacking players with impunity, effectively strangling goal scoring chances in their crib.

Woitalla isn’t alone in his assessment and he’s not wrong. I’ve never understood the objection to a ref making a big call and “deciding” the game. After all, failing to make the call in the name of “letting the players play” helps decide the game, too. More consistent officiating would certainly be a good thing.

But I think the problem goes deeper than that, to something that is unique to soccer. It is alone among stick-and-ball sports in not forcing its championship contestants to fight until somebody actually wins. Baseball has extra innings; football, basketball, and hockey all have overtime periods of various kinds; even golf goes to extra holes (sometimes even an entire extra round!) to resolve ties. Why should soccer, alone, thrown up its hands after 120 minutes and say, “well, that was pointless, let’s try PKs!”

I can already hear an objection – that soccer is different because of its limited substitution rules and the fact that players cover an massive amount of ground in 90 minutes, much less 120. Going on and on with tired players just makes things worse. As evidence, the objector might point to the extra time of just about any game that gets that far.

True as that is, I think it puts the cart before the horse. There comes a point in these finals where one team, if not both, simply decide the best strategy is to take no chances, avoid the risk of losing, and play for penalties. There is, after all, a light at the end of the 120-minute tunnel. But what if there wasn’t? What if players and coaches knew from the get go that they’d play until somebody actually won the game. Might they not actually try harder to do that? That’s my theory, anyway – take away the certainty of a tie breaking and games would open up as both teams would need to try and actually win the damned thing!

Ties are an inherent part of the game of soccer. There’s nothing wrong with that. Goals being a precious commodity makes the scoring (and preventing) of them all the more special. It’s fine, during a long league season, to walk away after 90 minutes and split the points. And there are such things as exciting 0-0 draws, where both teams really go for it. But too many teams, when it comes to a final, play not to lose, to preserve their chance of prevailing in a shootout. Take that chance away and goals will have to come, regardless of how long it takes.

This isn’t a viable solution for prior tournament games that require a winner. It would destroy a team’s fitness for the next match. But for a final, where there is no next match, what have we got to lose? Only the pain of suffering through another two hours of scoreless soccer and a champion decided in the crapshoot of penalty kicks. It’s time to try something – anything – different. 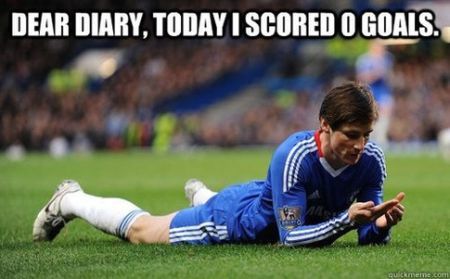 * Props where it’s due – the exception to this pattern was the final of the Women’s College Cup, in which my WVU Mountaineers fell to USC 3-1. At least it was a fair beating.