The Triumvirate is more than just a defensive alliance. By the time The Water Road begins, it’s almost like a nation unto itself. It has its own capital, the island city of Tolenor. It also has something like a military or intelligence wing, a group of highly trained men and women who answer only to the Grand Council of the Triumvirate, not their home nations. They’re called Sentinels.

I think “sentinel” is a term that’s been used in sci-fi and fantasy for years, but it seemed to fit here. In all honesty, it was front of mind when I started writing it because I had just discovered the album of the same name by Scottish proggers Pallas: 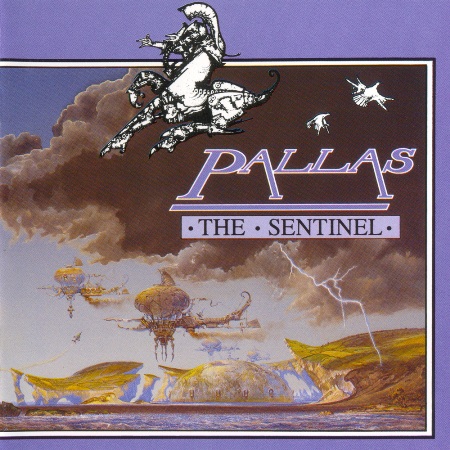 How can you look at that and not be inspired?

The main role of the Sentinels is to be gatherers of intelligence. A few of them are stationed in each of the numerous forts the Triumvirate erected on the southern bank of the Water Road following the first Neldathi uprising. There they collect information about the Neldathi and ensure the progress of the Triumvirate’s plan to keep the Neldathi from uniting again and threatening to come north.

Of those Sentinels, there is a small subgroup that provide an invaluable services. In the universe of The Water Road they’re called mind walkers, but you could also call them telepaths. Mind walkers can communicate with each other of long distances, allowing Sentinel agents deep in Neldathi territory to report back to the Sentinels in the forts. Mind walkers also serve as a means of long-distance communication for the military. Only a very small percentage of the Altrerian population has this talent and anyone who manifests it becomes a Sentinel. There are no Neldathi mind walkers.

Beyond the mind walkers and the Sentinels stationed at the forts along the Water Road, another group of Sentinels are stationed in Tolenor. Some serve as trainers and administrators at the Sentinel academy that’s in the Triumvirate complex at the city’s center. Others have a much less glamorous job – law enforcement. Since Tolenor is a city that doesn’t belong to any of the three Triumvirate members, the alliance itself is responsible for keeping the peace.

Sentinels carry a distinctive weapon, a pikti. A pikti is a fighting pike, slightly taller than the average Altrerian, made out of the wood of a particular plant that grows only in one location in Telebria. Through a secret process, the wood becomes hard as steel but much lighter, resulting in a staff that is glimmering black. Due to their rarity and difficulty of use (pikti training is a key aspect of a Sentinel’s time at the academy) it is unheard of to see someone carry a pikti who is not, or was not at some earlier time, a Sentinel.