There’s a long tradition of stories were a regular person is thrown into some weird alternate world, one where the rules of real life don’t apply. The person has to battle through this world without understanding what’s really going on until, hopefully, they find their way out again. A problem with this evergreen template is that, eventually, the storyteller has to explain what’s going on. Rarely do the explanations match what happened along the way.

The Hike falls into that trap. It plunges its main character head first into a bizarre, alien, and frightening world that throws challenges at him apparently at random. It’s no spoiler to say that we eventually find out who’s doing this, but not really why. It’s an awfully soft landing after such a long journey.

But, oh, what a journey it is.

Ben is a businessman of some kind (it’s not really important) on a business trip. He checks into a third-rate hotel in the Pennsylvania wilderness and, with some time to kill before a meeting, decides to take a hike. From there things get – interesting. Almost immediately there’s a dead girl and killers chasing Ben while weaning the torn off faces of Rottweilers. Ben evades them, but finds he can’t get back to anything that looks familiar. With that, the saga is on.

It’s hard to describe what follows, and the surprise of it is part of the joy, so I won’t bother. Safe to say that Ben faces a series of trials that play out like an early role playing video game – success at each “level” is often dependent on figuring out what to do with objects that mysteriously appear when necessary. The struggles get harder as the journey goes along, while Ben occasionally has to deal with frightening episodes from his past.

Ben goes at this mostly alone, although he meets a wide variety of beings as he progresses along his path. At times he gets some companionship, in the form of a talking crab (who refuses to give his name and addresses Ben as “Shithead”) and a 15th-century Spanish explorer (who hates anybody who isn’t Spanish, particularly the English). That these relationships actually pays off in ways beyond being purely entertaining (the crab is really funny) is a testament to how good The Hike is.

Which is not to say it’s perfect. The book falls foul of the regular problem with stories of this sort in that the explanation of this weird world doesn’t hold a candle to the world itself. I’m not saying it doesn’t make sense, it’s just not very satisfying (admittedly, I’m not sure what would be). Also, while the final twist gives a little bit of sting to the tale, I don’t buy the reading that so many people have that Ben learned a great lesson through all this. He never really got into the world as an escape from real life, was never seduced by the promise of something different and exciting. He always wanted to go home to his wife and kids.

Then again, doesn’t everybody (well, maybe not the kids part)?. Which is why it’s hard to fault The Hike for not wowing you at the end, given all the wow you get out of the journey. 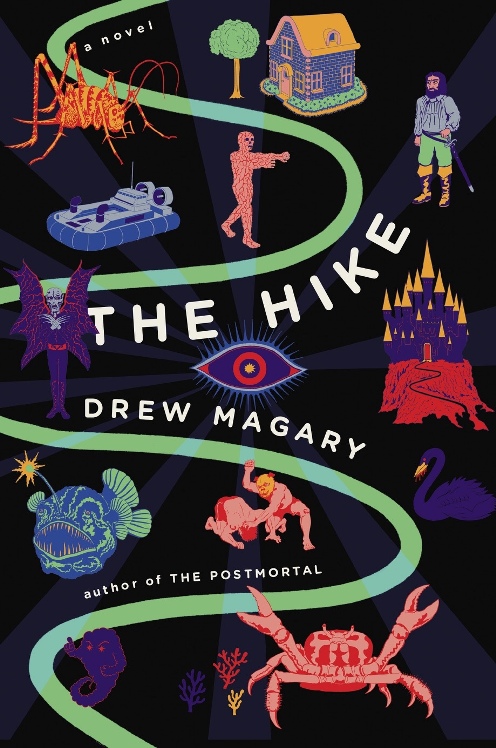