This time I head overseas and talk with English fantasy writer Chrys Cymri.

I’m Chrys Cymri, and I live in England. I mostly write fantasy.

I’m working hard on my ‘Penny White’ urban fantasy series. Penny is a rather flawed Church of England vicar, a science fiction geek, who stumbles across the magical parallel world of Daear when she is asked by a dying dragon to give him the last rites. I’ve written three books thus far, and I know I need to write at least another three to tell the entire story.

Humorous fantasy. I think we have enough serious stuff going on the world to worry about, so I want to give people something to read which makes them laugh.

“Humorous” and “fantasy” aren’t words you often find together. Beyond the obvious Terry Pratchet, what are some of your favorites in that genre?

Actually, I’ve never read any Terry Pratchet. I think I’d reach back to ‘The Hitchhiker’s Guide to the Galaxy’, which I discovered when I was fourteen years old. I know the series are meant to be science fiction, but there’s very little science and a lot of hilarity between the pages. I’d put ‘Doctor Who’ into the same category. My preference is for humour which comes out of the situation and the characters, and I feel ‘Doctor Who’ sometimes does this very well.

I usually have a particular scene that’s in my mind, and this drives the writing forward. I always have a small notebook and pen with me, so I can scribble down ideas when they come to me. Then I write, doing my best to get something done most nights (after work). After I’ve completed and done my own editing, I have several people who then do a beta read for me.

Morey, the small, sarcastic gryphon who has come to live with Penny. He is highly intelligent, and very witty, but also feels things deeply and will always stand by his friends.

Your series has (at least) dragons and gryphons – where do you look for inspiration for these and other kinds of beasties? And do you feel like you can do your own thing with them or do you keep fairly close to the traditional understanding of them?

I like to look into the traditions around dragons, unicorns, gryphons etc and then think how I could tweak them. So my dragons still love gold, and the gryphons lay eggs. But the dragons also have a culture based on the Vikings, and the unicorns prove to be less trustworthy than people might think. And the gryphons belong to clans and hunt in packs. 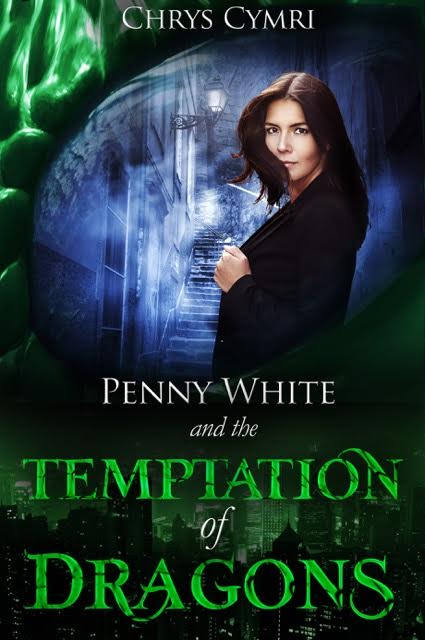 All right, I have to ask – why did you have to know how snails reproduced? And how do they?

Around six months ago, there was a new story about a ‘leftie’ snail who was looking for a mate. Seems most snails are ‘righties’—their whorls are on the right side of their shell. A ‘leftie’ needs another ‘leftie’ due to the positioning of the sexual organs in snails. So I decided that Clyde, the snail shark in my books, is a leftie. We find out the significance of that in the fourth book, ‘The Vengeance of Snails’, which I’m currently writing.

Watch out for all those who will find out that you’re self publishing, and will email you with all sorts of offers to market your book or to sell you schemes which will supposedly teach you how to sell lots of books. I’ve known some people to fall for the pitches made by vanity publishers.

I’d probably go part time at work, so I could write part time. Sadly, I don’t think even a million gives enough to provide a good pension!

The best book I’ve been reading is on line. It’s a fanfic based on Anne McCaffrey’s Pern novels. ‘Dragonchoice’ is superior to McCaffrey’s novels, and I’ve been devouring the weekly chapter releases. You can find it here: http://www.dragonchoice.com/

What do you think you’re next project will be?

When I’ve finally finished Penny’s story, I have a space opera I’d like to get back to. But Penny will keep me busy for awhile longer.

Find Chrys on the Web at http://chryscymri.com/