The Water Road Trilogy wraps up later this year with The Bay of Sins. The bay is where the Water Road empties into the sea and is home to the island city of Tolenor, home of the Triumvirate. In ancient times it was where pilgrims would come to wash away their sins. It’s always been a place of reckoning.

In this scene, something happens in the new Neldathi city of Albandala that will require some reckoning.

It was overcast the next day, snow spitting from the slate grey sky. Weft made his rounds in the morning, speaking with members of various clans, chatting about nothing important. He was feeling things out, trying to get information without anyone knowing they were giving it to him. He usually had better luck, but today people seemed tight lipped. Something was in the air, something Weft couldn’t quite put his finger on.

The day began to achieve some focus when he saw an old Neldathi man emerge from the meeting hall in the center of the city. The long, low log building was where the clans met to discuss vital issues. It wasn’t clear what this meeting had been about or how many people had been involved, but the old man’s bearing and entourage suggested that he was important. Weft suspected he was one of the chiefs, a thek, but he couldn’t tell from which clan. He had no painted lines in the long black and grey braid that hung down his back.

Even if he couldn’t tell which clan the thek belonged to, Weft could make a guess as to which faction could claim him. It wasn’t a hard and fast rule, but generally an unpainted braid identified one as a unificationist. If a Neldathi still wore clan colors, most likely he was an independent. This was most likely one of Antrey Ranbren’s men, come to Albandala on a mission.

Weft watched as the man shuffled through the snow. There were four younger men with him, all of them also wearing black braids. Warriors, no doubt, although none of them had weapons to hand. One had a rifle slung across his back, another a short spear of some kind. The others no doubt had knives or swords on them, but Weft couldn’t see. Regardless, they were woefully unprepared for what came next.

The thek was greeting people as he shuffled. He must have been popular, at least among some portions of Neldathi society. People gave him what looked like warm hellos, meeting him with smiles and nods. The jumble of voices overtaxed Weft’s limited grip on the language. The numbers overwhelmed his guards, who looked reluctant to try and push back the well wishers anyway. Were they obeying the thek’s orders?

One Neldathi, smaller than the others and with black, blue, and red stripes in his braid, stepped forward with another group to greet the old man. Weft had a hard time keeping sight of him, with the press of tall bodies around him blocking the view. He worked his way through the crowd just in time to see the small Neldathi raise his right arm and charge at the thek. He yelled something, low and guttural and angry. Weft couldn’t begin to understand it, but he caught the gist. There was a pistol in his right hand.

It wasn’t as loud as he expected, but the shot rattled Weft’s bones all the same. The speed and violence of the maneuver took him by surprise. He knew something like this might happen, but had no idea when. In the blink of an eye there was a cloud of smoke surrounding the old chief as he fell, clutching his throat. The snow turned red underneath him.

The shooter held the useless pistol aloft and began to laugh, loudly, in a way that proved he was out of his mind. Before he could even try to run away another Neldathi, this one taller, wider, and altogether more in keeping with the stereotype of his people, tackled the shooter, driving him to the ground.

There was no need for Weft to see what happened next. His work was done. He needed to leave the city as quickly as he could.

Get caught up with the trilogy by picking up The Water Road and The Endless Hills now. 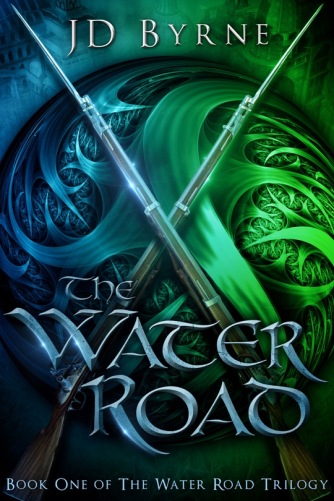 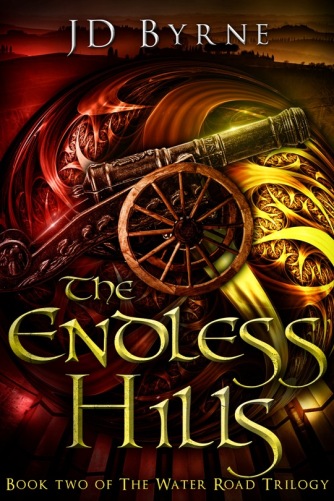