The Water Road is the first part of the trilogy, of course, and the first thing I wrote in this universe. It’s not the first to see the light of day, however.

At some point in the past, I decided I wanted to write a ghost story. October was coming up, it was something I hadn’t done before, and I thought it would be fun. I was in the middle of revising The Water Road at the time, so I decided to set it in that world. I quickly settled on a story about a hunter (in pursuit of one of the cryptid beasts that stalk Alteria) who gets lost in the woods and gets more than he bargained for.

I knew I didn’t want to set it during the time of The Water Road, so I set it much earlier, even before the First Neldathi Uprising and the forming of the Triumvirate. Indeed, it’s a time when two great cities in the Arbor are at war.

As for the ghost story itself, it’s influenced heavily by a section of Akira Kurosawa’s 1990 film Dreams that you can read about here. Or, you can just read “The Missing Legion,” which is part of my short story collection The Last Ereph and Other Stories. Here’s a snippet:

The corporal turned away and motioned for Taiman to get back on his horse. “You’re heading into the woods, you say?”

“Are you sure you want to do that?”

“Absolutely,” Taiman said. “I’ve been chasing that beast for five days. If I can corner it in the woods, perhaps I can catch it alive.”

“Will that be worth it, you think?” the corporal asked.

“Of course,” Taiman said. “Why?  You’re not going to try and keep me from going, are you? Thought men in the Arbor valued free movement more than anything.”

“We will not stop you,” the corporal said. “But I would advise against going in, particularly if you don’t know the area. It’s very easy to get lost. Plus, they say things happen in those woods at night. Strange things, when the moons are full.”

Taiman chuckled and sighed. “Thank you for the warning.  Someday, the enlightenment that has come to the Guildlands will filter down to the Arbor as well. We no longer believe in superstitious nonsense. There are no strange things, only things that we do not understand. Besides, I am capable of handling any creature or person I might encounter. Now, if I may be on my way?”

The corporal told him how to best make his way around the camp and Taiman set off. He cursed the delay, but knew it had not spoiled his hunt. The beast had outrun him the day before, vanished from sight, but Taiman had held onto the trail. Barely.

His hopes rekindled when he spotted the beast through a telescope as it loped out of the trees in search of water. Once again he had a target to pursue. Taiman spurred his horse and charged off down river.

The Last Ereph and Other Stories is available at Amazon, including Kindle Unlimited, which means you can read it for free, essentially. Why wait? 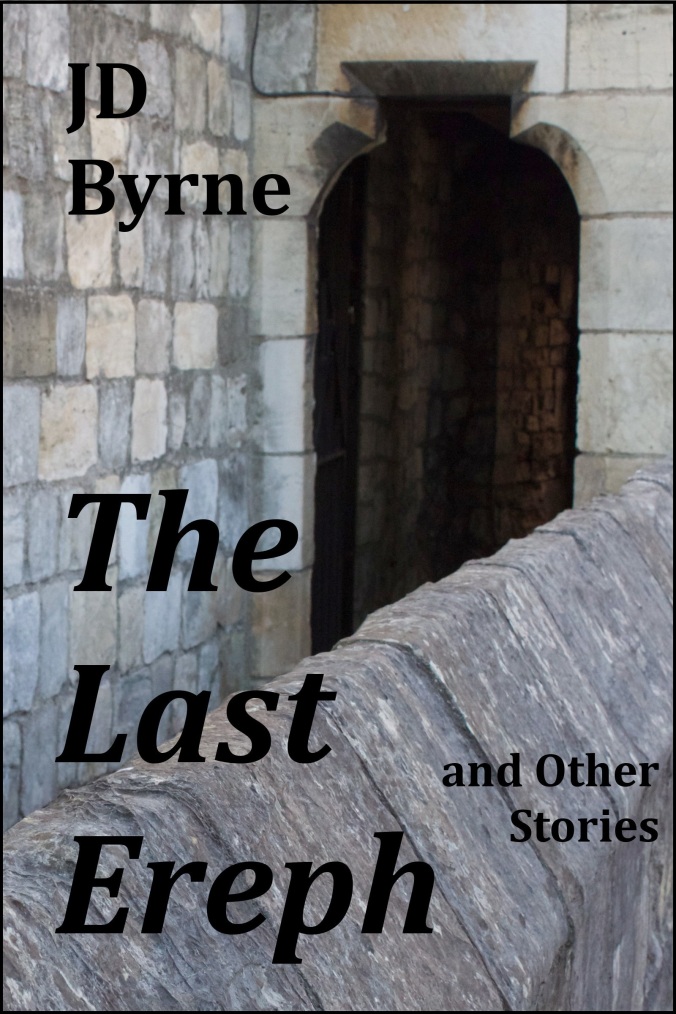