Truth, as they say, is stranger than fiction. It does not, however, necessarily make for a dramatic story, even if it’s an interesting one.

The true story behind True Story is plenty interesting. Mike Finkel was a reporter for the New York Times who had several big-deal pieces in the paper’s Sunday magazine. He pushes too far on one story, creating a composite central character for his narrative that doesn’t exist. As a result he’s fired and deported to the wilds of Montana (not deported – he actually lived there).

He’s trying to figure out how to get his life back when a reporter from Oregon calls about a murder suspect named Christian Longo. Wanted for killing his wife and three children, Longo flees to Mexico. What does this have to do with Finkel? When he’s arrested in Mexico, authorities learn that Longo has been posing as – Mike Finkel, reporter for the New York Times.

With that slenderest of connections (there’s no evidence Longo ever really did anything with Finkel’s identity, aside from get laid), Finkel heads to Oregon to meet the guy who pretended to be him. They wind up talking all through Longo’s trial. Their relationship is the heart of the movie.

Which is a shame, because it’s just not that interesting. For one thing, the movie largely consists of Finkel and Longo sitting across a table from each other talking. Some interesting topics are brought up, but nothing really lands all that hard. It comes across very staged, like it was once a stage play with only two characters that was adapted for the screen (which it wasn’t). It doesn’t help that the only other “main” character, Finkel’s then girlfriend (now wife), is given precious little to do, aside from a late confrontation with Longo where she is, hilariously, allowed to walk into a jail waiting room with a cell phone (cell phones are contraband in prisons).

That might have a potential to work, but it would need a better pair of sparring partners. Put bluntly, the version of Finkel in this movie is just a bad journalist. He’s entirely too naive about Longo and how he’s manipulating him. He doesn’t do any independent investigation of Longo’s alleged crime and doesn’t seem to care about whether he might be innocent or not. When the rug gets pulled out from underneath him, it’s less a shock and more like the inevitable result of his own foolishness, like when a puppy finally catches its tail and freaks itself the fuck out.

Outside of the conversations between Finkel and Longo, the movie exists in some kind of bizarre Neverland where the fact that Longo is on trial for capital murder is barely mentioned. There’s no mention of Longo’s lawyer and whether he or she approves of all these non-privileged conversations. In spite of the fact that inmate mail is routinely read and searched, nobody alerts the prosecution about Longo’s letters to Finkel. Then, once they do learn about it, they do nothing to get a hold of them.

This is another one of those situations where Finkel doesn’t seem like much of a journalist. When first confronted by a detective about his conversations and correspondence with Longo, he puts on a good front that suggests journalistic scruples are too important to allow him to cooperate with police. Then, once he realizes Longo is full of shit, he can’t run to them fast enough (even though they don’t want his stuff, in the end, for dubious reasons related to Finkel’s credibility). This is another potentially interesting issue that just never gets a full airing.

I may be griping about things that actually did (or didn’t) happen, so it seems a little shitty to possibly ding True Story for being too true. But as I said long ago, just because it’s real doesn’t mean it’s compelling drama. True Story may be all it claims to be, it just doesn’t add up to very much. 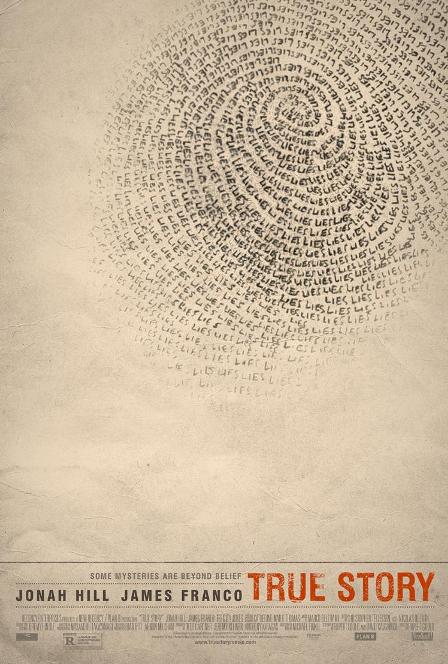