Arthur Shaw is not the most interesting man in the not-quite-historical Victorian London of Felix Gilman’s The Revolutions. That’s a problem, since he’s one of the main characters in the book. Thankfully, Shaw’s very mundanity – he needs a job and is willing to do just about anything for money – leads him into something very interesting indeed.

Oh, and there’s his fiancé, Josephine, who makes for a considerably more interesting companion.

This London is one where the kind of quasi-scientific spiritualism that was popular in our reality was not just popular, it was actually true. In particular, Arthur and Josephine find themselves bound up in a group trying to astral project to other planets, particularly Mars. Doing this requires not only the right people (sort of – the group gets less selective as things progress), but massive calculations produced by a massive machine with countless human parts. Babbage’s engine writ large.

The book takes a while to set all this up, which is either fascinating world building (for me) or dull sluggishness (for others). Things really kick into high gear when one of the astral flights is interrupted by Arthur, leaving Josephine trapped – in spiritual, if not physical form – on one of the moons of Mars.

What Gilman does next is a clever sleight of hand. The book focuses on Arthur for a bit and how he and the rest of the society plan to get Josephine back. Just when you think she might be nothing more than a damsel in need of rescue, the POV shifts and we’re treated to Josephine’s lengthy observation of (and, eventually, interactions with) the Martians and their society. This is the best part of the book, harkening back to the days of science fiction before science itself killed off the chance of finding life on Mars. Reminds me of some of the more esoteric parts of The Martian Chronicles.

Naturally, a rescue mission is mounted and while it has its own charms as an adventure story, it can’t match the peak that is Josephine’s experience with the truly alien. But all stories must end and I’d be lying if I said that the ending ruined all that came before.

So Arthur might be kind of dull. Don’t let that put you off. He’ll lead you into some very neat places. 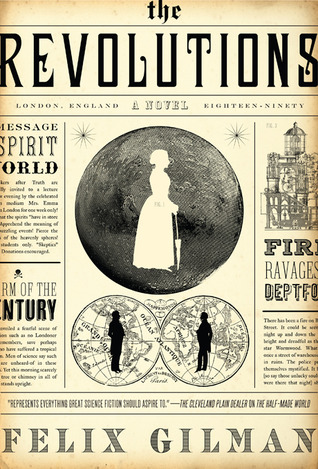