At the end of my review of 3rDegree’s Ones and Zeroes: Volume 1, I wrote:

It’s a mess of awfully good music wrapped around an interesting idea. And the best thing? It’s only the first part!

Now that I’ve gotten familiar with the band’s follow up, I’m not so sure about that anymore.

The “first part” bit, I mean. The enthusiasm was completely warranted. But where does Volume 0 fit in to the chronology? It came second, after all, but it’s hardly a sequel. So it is a prequel? Not really. Is it better to listen to them in order of release or numerical order? I’m going to go out on a limb and say it doesn’t really matter, for a very unexpected reason – Volume 0 doesn’t really have anything to do with Volume 1. Conceptually, at least.

Volume 1 tells, essentially, a single story about the impact of a fictional (gods, I hope) megacorp, Valhalla Biotech, that peddles various “life extension” technology. There was a through line running from stem to stern of the album, summed up by refrain “tell me what it means to be human.” This was helped along by the sometimes chilling asides from various Valhalla products and spokespersons.

Volume 0, by contrasts, covers a lot of different ground. “Olympia” deals with artificial beings who aren’t content to be submissive. “Perfect Babies” channels Brave New World and Gattaca and their (timely and relevant) fears of designer offspring. The epic “Click Away!” dives into the echo chamber of the Internet. Unlike Volume 1, there’s no connective tissue pulling these all together (the Valhalla announcements are absent, for example).

To put it another way, Volume 1 is a Black Mirror episode; Volume 0 is an entire season.

This isn’t a bad thing. Indeed, it’s probably a good idea not to just do a copy of Volume 1, since it’s hard to bottle lightning twice. Still, aside from the opening overture and a few riffs in the closing “Ones and Zeroes” there isn’t really a link between to the two albums. They’re separate things that stand on their own merits.

And Volume 0 has plenty of merits. Lyrically, the best tracks (“Olympia” and “Logical Conclusion,” in particular) create perfect little worlds, short stories of immediate impact and thougtfulness. The rest throw out interesting ideas and slip in some zingers for good measure (has a meaner chorus ever been sung other than “the future doesn’t need you at all?”).

Musically, 3rDegree continue to refine a sound that doesn’t really resemble anybody else. Bassist Robert James Pashman once told me that 3rDegree was (I’m seriously paraphrasing) “too straight forward for the prog crowd, but too weird for the mainstream.” That’s still true, although they’ve been embraced by the prog world in the past few years (and produced an epic in return!). But they’re at their best when the hooks and melodies come to the fore, to be supported by some interesting backing stuff and arrangements. That’s all backed up by playing that’s intricate and muscular, but rarely flashy. It takes a few listens to really get at what’s going on, which is always a good sign. I particularly dig that there’s lots of bass synth on this album.

One of the reasons I had to keep giving Volume 0 listens is because I had a hard time thinking about what to say about it. Here’s the thing – with each album since they got back together, 3rDegree have been stepping up their game in big ways. Volume 0, though, doesn’t feel like a big step forward. It feels like a consolidation, a restatement of what they’re about. That’s not in any way a bad thing.

What I’m saying is that Volume 0 is a great album. It’s musically and lyrically rich, filled with catchy tunes and great playing. But that’s what we’ve come to expect from 3rDegree at this point, right? They’re a band in top form and cranking out another excellent offering just isn’t a surprise at this point. So why don’t you have your copy yet? 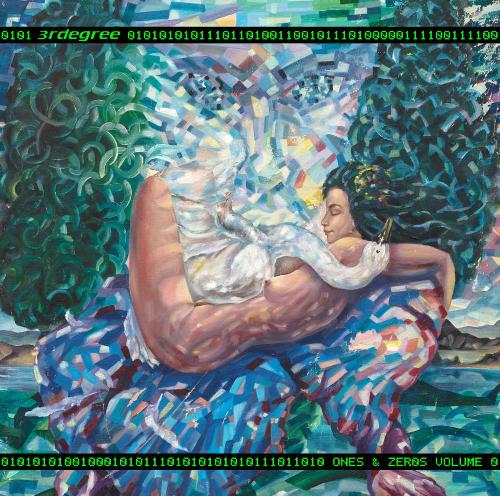