For this interview we go under the sea with diver and author Eric Douglas.

My name is Eric Douglas. I was born and raised in Cross Lanes, West Virginia. Attended Nitro High School and got a degree in Journalism from Marshall University. As a newspaper reporter, I learned I was pretty good at telling human interest stories. Fiction didn’t come along until much later, though. In 1998, I got a job working in the recreational scuba diving industry, editing a magazine and working as a technical writer in California. That led to another position that gave me the opportunity to travel all over the world. Much of that travel became the inspiration for my books. I still write some nonfiction, but all of my fiction work has a scuba diving/ocean/environmental aspect. My main character in my series of novels is Mike Scott, a photojournalist who travels the world and gets involved in stories – many of which involve diving.

Were you a diver first who got involved in the industry, or was it a job that became a passion?

I was first certified to dive in 1990, just after I graduated from Marshall. I didn’t go to work full-time in the industry until 1998. One of my original motivators for learning to dive, aside from the legacy of Jacques Cousteau, was I thought it would add something interesting to my resume. My dream job then, and now, is to work for National Geographic. I thought being a diver might make me more interesting to them. Still working on that one.  My first job in the dive industry was as a technical writer and editor. So, my writing fueled my opening into diving as a profession.

I published four books last year, but one came in November and the other in late December. The November book is called Dive-abled: The Leo Morales Story. It is a biography about a young man who lost his leg to cancer and then used diving to regain his life. He has set two world records as a disabled diver. 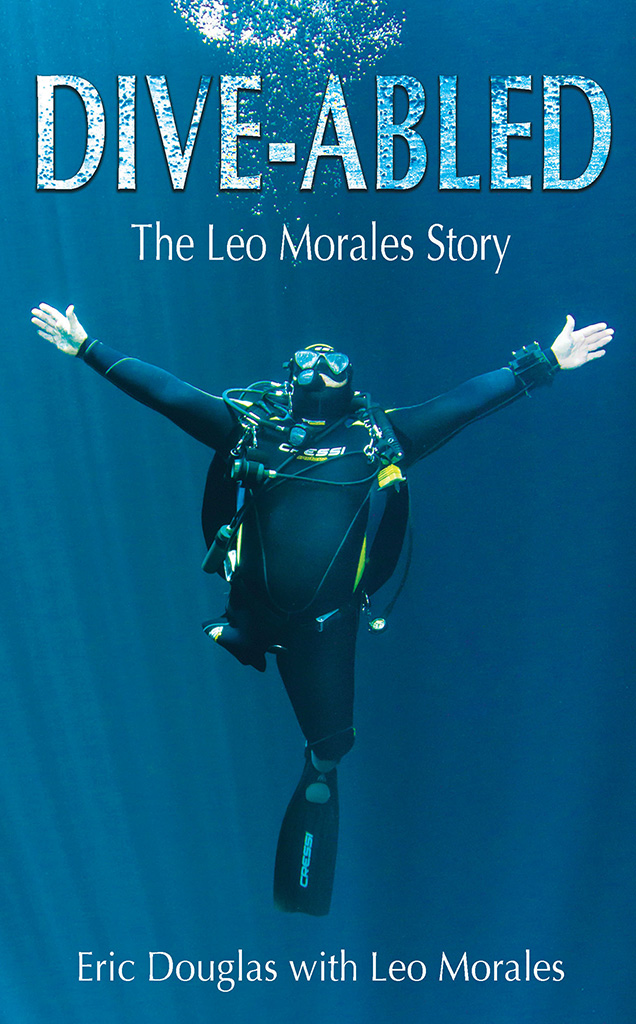 The December book is called Turks and Chaos: Hostile Waters. It is a novella in my long-standing series. It is set entirely onboard a liveaboard dive boat near the Turks and Caicos islands. For the last few years, I have been attempting to release a novel and a novella in that series. 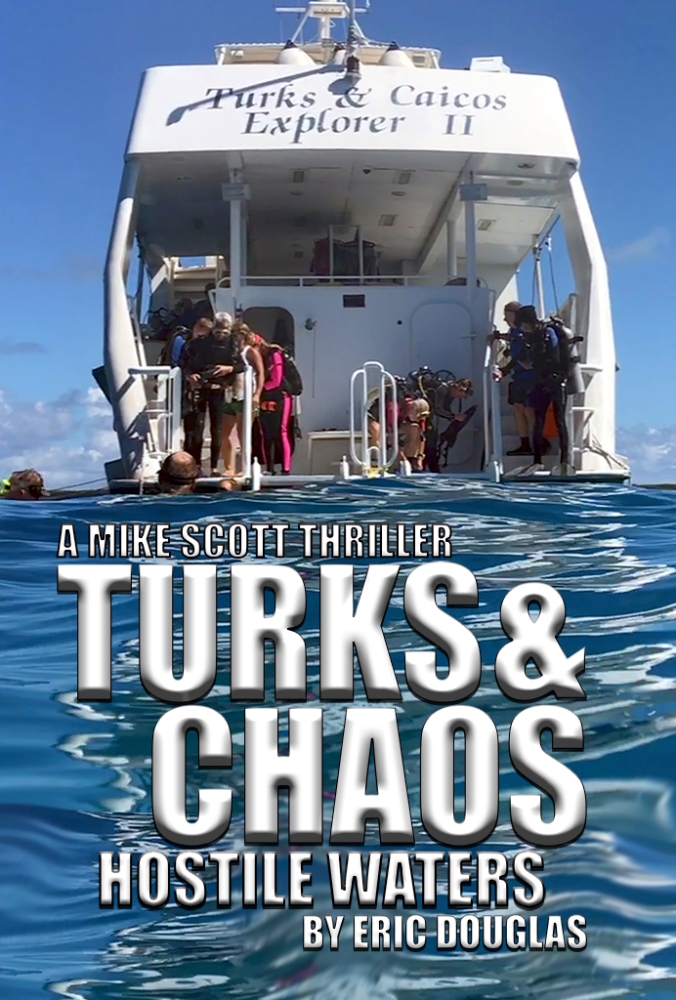 Most of my books are thrillers. I’ve always loved action stories with real heroes. I cut my teeth on James Bond movies and loved the Jack Ryan/Tom Clancy books as a teen/20-something. I’m a big fan of Clive Cussler as well and get a lot of comparisons to his Dirk Pitt books.

I will often start with a dry erase board by my desk. I will plot out the basic story there. Not a true outline, but the major plot point. I’ll stare at that for a week or so to make sure I am comfortable with it and to see if I come up with anything else. From there, I use Scrivener for my first couple drafts. I set up chapters with major plot points and then start writing.  I am often surprised where the story goes. Once I get a complete draft down, I will export it to my tablet and read it/mark it up there. From there, second round of revisions. After that, I usually send it to a group of Beta readers and editors. In all, I got through five or six rounds of revisions before it is done. The last couple rounds, once I get input from others, is all done in Word.

My main character is a tribute to a friend. One of my best friends from high school and college is Mike Burnsworth. He died from cancer my senior year at Marshall. His middle name was Scott, so that’s where Mike Scott comes from. I do it in memory of him.

For my last full-length novel, I sent a note to a friend who is a Ph.D. chemist. I asked him about a poison that could kill by aerosol and was available in the 60s. He came back with “Why would I know something like that?” Once I told him it was for a book, he understood and we concluded that Sarin gas had just been created a couple years before. That shows up in The 3rd Key. 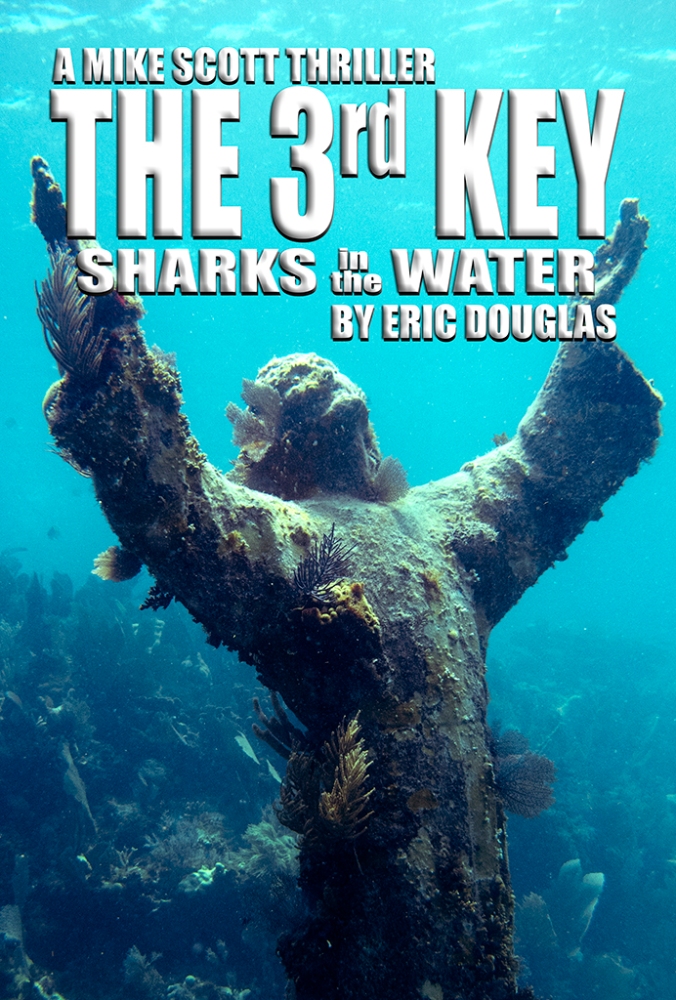 It is a grind. I do it because I love it, but writing is a lot of work. Especially about 2/3rds of the way through a project. That is when you really hate it and want to quit. That’s probably why so many books go unfinished.

When you get to that point where it seems like things are falling apart and it’s not worth finishing, how do you push through? Is there a book that was particularly difficult in that respect that turned out really well?

I’ve never been a big believer in writer’s block, but there are definitely times I get stuck. When that happens, I always turn aside to a new project. I was having a lot of trouble getting started on my latest novel. I just couldn’t find the mojo. So, I gave myself a new assignment. I ended up writing a short story set in Charleston in 1855. It was something  completely different and totally removed from anything I had  done in a while. As a further challenge, I wrote the first  draft entirely on a tablet instead of on my computer. That did  the trick. I am now cranking out the new novel and the block is gone.

I would travel more and do more “location research.” I need to get back to the islands. Its been a couple years and I have the itch. 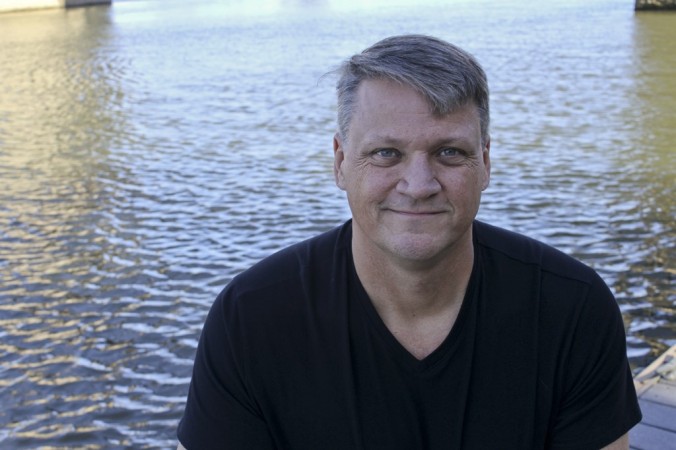 I’ve recently read a couple books by Wayne Stinnett. He writes in my genre and I enjoy them, although I tend to break out of reader mode with him and think “I wouldn’t have written it like that.” Which is why I don’t read a lot of people who write similar stories to mine. I love thrillers, but I try to avoid those with an ocean/diving theme. A favorite of mine as well is Huntington author Sheila Redling. I love her Dani Britton books and hope she releases another one soon. In fact, she agreed to do a cross-over with me and I used Dani in The 3rd Key.

What do you think your next project will be?

I just fired up Scrivener for the next full-length Mike Scott novel. The dry erase board stage was a couple weeks ago. I expect this one is going to involve Russian hackers, undersea mining and all sorts of intrigue. Hold on to your hats!

Is there an end in sight for Mike Scott? Or will his adventures go on so long as you keep getting good ideas of how to get him into trouble?

I’m working on the 10th Mike Scott story right now, not counting a couple short stories he is in. After this one, I plan to write a novel completely separate from Mike and diving. It’ll still be a thriller/mystery, but I want to branch out into something else. That said, I’m sure I will come back to Mike Scott afterward. Like with the short story, I think I need to refresh and stretch my wings a bit.